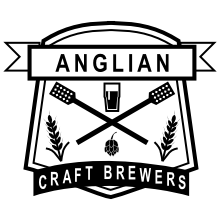 Thank you to everyone who attended the AGM and a big thanks goes out to Ampersand Brewery who were most accommodating. This is certainly a venue we would like to use again. The numbers attending suggested that the choice of venue is very important for these events and having significantly more people than at previous AGMs only helped to make decisions more quickly and with a lot less going around in circles.

Simon Baker is standing down as chairperson. Tony Tilbury has very kindly agreed to take over as chairperson with Rich Swindells being proposed and seconded in the room and henceforth accepting the position of Vice Chairperson.

Steve Plampton requested that the vice chair position is created to ensure ACB has a potential successor available to take over the leaders role as events dictate.

It was asked what the regional role entails. A broad definition follows:

It was agreed that the first beer challenge of 2022 should be brewed for tasting at the March/April/May quarterly first Saturday meetings and then follow the usual quarterly schedule. It was also agreed that the challenges format should remain mostly unchanged from pre-pandemic times.

Ashley Carr requested that the judging should follow BJCP guidelines to allow members to experience what they are likely to find when entering brews into any BJCP aligned competitions. This was broadly accepted, although following a debate about the pros/cons of such an arrangement, it was agreed that some challenges will follow BJCP guidelines and others will follow the previously used ACB “Ray Method” of judging. This will allow ACB to set broader requirements for some challenges (i.e. any beer above a specific ABV).

For 2022 and the beginning of 2023 (scary thought!) we will have two challenges following BJCP and two following the Ray Method. It was agreed that this was a good balance and should be adopted for future years and can be reviewed again at the next AGM. The Beer Challenge schedule is as follows:

Now we are hopefully coming out the other side of the Covid pandemic, it was agreed that the regular first Saturday meeting schedule should resume as soon as practically possible (subject of course to any Covid 19 government guidelines). The table above will be updated as information becomes available from the regional coordinators and will be published on the website.

It was agreed that ACB would like to hold another homebrew competition in 2022.

Organising and attracting entries is not an issue, as this is all done via a recognised external website resource. The main issue is a location.

In previous years ACB has held to competition in Wivenhoe at the British Legion. While the venue has proved to be successful, the last time they were approached they would not allow the sale of Alcohol to take place on their premise. Steve Plampton requested Matt Darcy, who has some closer contacts with the venue. This has now ben confirmed that they will not allow us back.

A competition sub-committee was agreed with Steve P, Nick D and Tony T as members.

The sub-committee will also start researching alternative venues. It was agreed that ACB will liaise with the other regions to ensure the date of any festival will fit in with other similar events. June/July/August were thought to be the most likely months, although it was pointed out that August can be problematic for attendance due to annual holidays.

As is usual at the ACB AGM, this topic proved to be a popular discussion point although on this occasion we were able to narrow down the number of potential venues to the following in fairly quick order:

Nik Leng has agreed to help with the organisation and he will be supported by Steve P. It was suggested that Nik contact Nigel Sadler for help in getting some introductions to the shortlisted breweries. Choice of which beer to brew will be decided once ACB has a better idea of which of the above breweries are willing to cooperate on recipes/judging/tours etc. It was also discussed whether ACB should concentrate on locations that are easy to get to via Public Transport. It was agreed that getting there is important, but should not be limiting or regarded as a top priority.

Nik and team will report back on progress in due course.

Martin reminded folks that the NAB Festival is planned for June 11th 2022.

Essex ACB (and friends) intend to approach The Victoria Inn, Colchester to resurrect the Shed Brewers Festival. It was agreed that ACB should try to keep the usual first Saturday in November. This will be dictated by Sheena and Andy at the Vic. More on this in the coming weeks. If this does go ahead later this year, planning for 15 +1 reserve brew will need to start in mid July at the latest.

Ipswich brewers are planning a 2022 festival at the Briarbank Brewery along the same format at the popular Colchester Shed Brewers festival. James P to provide more information in due course.

ACB Facebook page – it was agreed that this method of communication should not be overlooked.