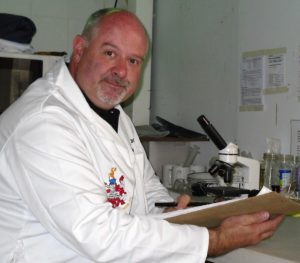 About Nigel Sadler and Learn2brew Ltd

My name is Nigel Sadler and I have worked in a number of Essex microbreweries over the past few years in a range of roles; brewing, commercial and operations.

I’ve brewed beers that have been recognised in their quality and which won awards at local CAMRA, regional SIBA events (Gold and Silver) and reached the SIBA National Finals 2010. I have also won Essex Food & Drink Award and Essex Business Excellence Award whilst at two breweries.

I first studied brewing some 30 years ago and have attended courses run by The Institute of Brewing and Distilling, Brewlab, The Cider Academy, Campden BRI and The Beer Academy. I am IBD qualified in malting, brewing, distilling and packaging.

In 2014 I became an Accredited Trainer for the Institute of Brewing & Distilling’s Fundamentals of Brewing & Packaging and the General Certificate in Brewing (GCB).

I am former Chairman of the Institute of Brewing & Distilling Southern Section UK and former Vice Chairman and Regional Director of SIBA (The Society of Independent Brewers).

Entries are open for the inaugural ACB Homebrew Festival to be held on the 15th of June 2019 in Wivenhoe, Essex.

A link to the competition website can be found here

Essex ACB August Meeting – Test Your Aroma Skills
Saturday August 3rd 2019 we will be visiting CPL Aromas in Bishop’s Stortford courtesy of Alan Orbison. This is a chance to test your hooter to see how good it. See here for more details. 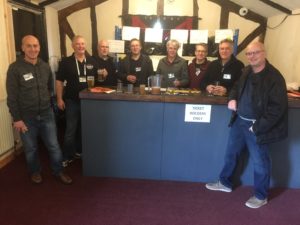 The 2019 ACB annual festival held at the Victoria Inn, Colchester was yet again a great success both for the pub and the prestige of the club.